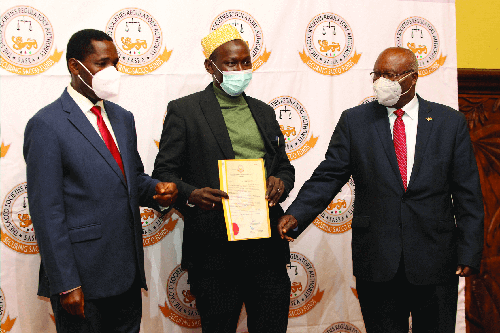 The new regulations governing NWDT saccos, dubbed Regulations 2020 came into effect at the beginning of the year (January 1, 2021) required the specified NWDT Saccos to prescribe the minimum capital and a liquidity requirement that must always be maintained by the Saccos.

Other prudential standards under the new regulations include investment decisions on lending or credit operations. Out of the 157 Specified NWDT Saccos that applied for compliance, only 25 managed to meet the 30th June compliance deadline that was set by SASRA, with the Regulator saying that most of the remaining Saccos are at different stages of compliance processing.

Hon. Munya said that through the new SASRA Regulations 2020, the government is keen to ensure transparency and strong governance structures among Saccos while securing members assets and savings. “As Government we have to work tirelessly to transform the Sacco sub-sector and ensure its stability. We have the responsibility to protect the savings made by members of the public in these Saccos through regulations,” says the Cabinet secretary.

CS Hon. Munya said through the new SASRA regulations; the government is keen to ensure transparency and strong governance structures among Saccos while securing members assets and savings. The specified NWDT Saccos include those in which the total non-withdrawable members deposits amount to Kshs 100 million and above, those operating digital saccos, and those whose memberships and subscription to its share capital from persons in the diaspora. Currently SASRA is regulating 175 deposit taking Saccos. The government, through the authority is keen to bring more Saccos under the regulatory oversight to improve their performance and overall governance