Threads of destiny have spun a rare, yet heart-warming, East African academic tale.

In a quirk of fate, an impressionable young man who imbibed knowledge from a Rwandan refugee teaching in a Kenyan high school nearly four decades ago has paid homage to his tutor in a befitting manner. Way back in the early 1980s, a humble teacher and his equally modest student met at Gathiru-ini Secondary School in Kiambu County, Kenya. They had no inkling of what destiny had in store for them. But what a tale that particular encounter has spun! 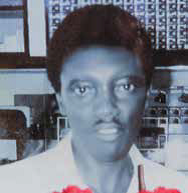 Decades have passed since that initial contact. But that student, Mount Kenya University Rwanda (MKUR) Founder and Chairman, Prof Simon N. Gicharu, advanced to university, was employed as a teacher, later transformed into a entrepreneur and founded the university. In a poignant gesture, the MKU Rwanda Management resolved to name the library after the late Mwalimu Peter Claver Nyombayire. This is in his honour for educating thousands of Kenyan students in Biology, says Prof Gicharu, who learnt so much from Mwalimu Nyombayire.

The Rwandan was one of the teachers who moulded Prof Gicharu into a scholar of note during his formative years – and gave him the foundation to excel later in life.

When the two met, no one would have imagined that the Kenyan student would later establish a university in his former teacher’s homeland, Rwanda. Even more surprising, no one would have foretold the touching finale of this edifying encounter.

As it were, in teaching Prof Gicharu, the late Mwalimu Nyombayire planted an academic seed that would sprout in his homeland in the form of MKU Rwanda, and, in a way, sustain his teaching legacy. Thousands of Rwandese students are forging their future at this university.

This unique teacher-student encounter has bequeathed the East African region a giant institution of higher learning: MKU. It is also a reminder that teachers mould the world by teaching young people who go on to become great, yet they (the teachers) largely remain unsung heroes. Ordinarily, students spend as much time with their teachers as they do with parents. It is no wonder then that so many have vivid memories of their teachers years and even decades later, and how those teachers influenced their lives.

A gifted teacher, Mwalimu Nyombayire left a lasting mark on his former students at Gathiru-ini High School and the other schools where he taught. He passed away in 1992 during the struggle to liberate his country, which later slid into a genocidal pit that cut short more than a million lives in 1994.

But his memory lives on. He played a big role in the liberation of Rwanda, enabling thousands of Rwandese to enjoy quality education to date. While in Kenya as a refugee, Mwalimu Nyombayire also taught at Muhoho Secondary School in Gatundu. The school was set up by the Kenya’s first president Mzee Jomo Kenyatta, the father of the country’s current president, Uhuru Kenyatta.

MKU Founder and Chairman who was taught by the late Mwalimu Peter Claver Nyombayire, lays a wreath on his mentor’s final resting place.

Many of the students Mwalimu Nyombayire taught in Kenya now hold big positions in government or are in private business. They include Prof Gicharu and John Thenge Kiarie. The latter is an established agro-businessman in Thika town.Mr Thenge credits Mwalimu Nyombayire for his attainment of a Distinction

One in biology, emerging as the best student in his class in 1982, in Murang’a County, and also among the best in the country. He recalls: “Mwalimu was a handsome man of good physique and an inspiring teacher with a good sense of humour. Unfortunately, other than hastily written cards on the last day of term, we don’t always get to say thank you to those amazing individuals; and sometimes we don’t realise fully what they taught us until years later. His dedication and maverick approach to teaching in a rural school that could not measure up with national schools such as Alliance High was amazing. Because of his dedication, I was able to score good grades and ended up at Njiris High School, one of best schools in Murang’a County.” “It was a daunting task for teachers in rural schools during my days as a secondary school student in the early 1980s, as most schools lacked teaching aids,” Prof Gicharu adds.

Gathiru-ini was no exception. The school lacked laboratories, but Mwalimu Nyombayire would go out of his way to fabricate makeshifts to enable his students to carry out practical lessons. “Unlike other teachers, Mwalimu Nyombayire was never late. He was committed to work and taught even beyond class time. I remember him visiting our home many times and struggling to communicate to my mother in English to establish if I studied after school,” says Prof Gicharu.

It was during his visit to Rwanda in April this year that Prof Gicharu learnt about Mwalimu Nyombayire’s death through an article quoting his brother in the newspapers. “It was a shock to learn of the loss of someone who gave us great wisdom to believe in ourselves. While he is unquestionably a son of Rwanda, he will always be embraced as ‘Mwalimu’ of the world. As Mount Kenya University Rwanda fraternity, the library in our new premises will be named after him,” Prof Gicharu says.

“In any institution of higher learning, the library is the treasury of knowledge,” he continues. “The Peter Claver Nyombayire Library will be a fulfillment by us whom he left behind, of his wish to see a liberated, prosperous Rwanda. It will aid in the delivery of quality education, and we fully dedicate the library to his memory.”